Early in life, we start to learn the rules of this world. We memorize simple lessons — like “what goes up, must come down” — that help us begin to make sense of our world. In time, we’re no longer surprised that rain is wet, food can spoil or the sun rises in the east and sets in the west.

But more than a century ago, scientists started to learn that all of those rules, patterns and lessons lie on a foundation that, to us, might seem filled with contradictions, confusion and chance. That foundation is quantum mechanics. It describes how all of the material in the universe, from stars and galaxies to blades of grass and Belgian waffles, behaves at the subatomic level.

You can read all seven articles of Morales’ “Exploring the quantum world” series on the Ars Technica website.

Note: Parts 6 and 7 will be published later in February.

At that scale, matter has its own rules, which are so complex that they might appear divorced from the larger reality that we experience. For instance, particles can act like waves. That potential disconnect, between how we experience matter at a bulky, human scale and how matter behaves at a miniscule, subatomic scale, has kept quantum mechanics largely out of the public eye. That must change, argues Miguel Morales, a University of Washington professor of physics, because we have entered an era where quantum mechanics plays an ever-greater role in our lives.

Morales has authored a seven-part series for Ars Technica on quantum mechanics for a general audience. One article in the series is rolling out each week from Jan. 10 to Feb. 21. Morales sat down with UW News to talk about the series, quantum mechanics and what he hopes the public can learn about this seemingly odd and possibly intimidating realm of science.

Of all possible subjects, why did you want to write an article series on quantum mechanics for a general audience? 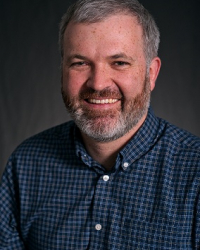 MM: I believe it’s important for our society to be technologically literate, that we have some shared knowledge of the technology that plays such a vital role in our lives. And that’s what we’ve seen in history. One hundred years ago, electronics was at the cutting edge of science. It was this incredibly specialized field that only a handful of experts understood. Now we have university departments dedicated to teaching it while middle school students are wiring up circuits.

Our knowledge of quantum mechanics needs to evolve in the same way, because it is starting to pervade our lives and this trend will only grow with time. Quantum mechanics needs to leave the physics building and start to be more broadly understood, because otherwise the public is just going to throw its hands up and say the machines in our lives are magic. It’s not magic. There is real science behind this, and it can be made accessible for a general audience. The article series is my attempt to move in that direction.

How is quantum mechanics playing a greater role in our lives?

MM: There are lots of examples. An MRI machine at a hospital is an entirely quantum device. It has superconducting magnets that polarize all of the protons in hydrogen atoms to help generate the detailed, informative images that your doctor can use. That idea of polarizing a particle like a proton comes directly from quantum mechanics. The hard drive on your desk doesn’t work without quantum mechanics. You can now buy a TV that has quantum dots in it. And there are more examples that are coming, probably faster than we think — like quantum computing and quantum cryptography.

What makes quantum mechanics a barrier for people who aren’t experts in this field?

MM: It’s probably the math, to be blunt. A lot of complex mathematics underlies the principles of quantum mechanics. Physics students are introduced to this field largely through a mathematical lens, which is great — they need that perspective. But, I would argue that a non-expert does not. And that’s what I’m trying to do in this article series. I’m leaving the math out of it entirely.

So how do you talk about quantum mechanics without using mathematics?

MM: I think as a field we’re still trying to figure out how! For each of these articles, my approach  was to focus on a theme as we embark on this walking tour through the quantum mechanical woods. On each tour, I use concrete examples to illustrate a quantum mechanical effect — and give an accurate model, without the math, of what’s going on. I am not trying to focus on the “mystery” of quantum mechanics. I’m trying to illustrate by example, using things we encounter out in the world and that are also backed up by thousands of experiments in the laboratory. Then at the end of each tour we come back to the visitor center and talk about applications that are starting to appear in our lives.

What are some of these concepts from quantum mechanics that you talk about in the series?

MM: We start with “Particles move like waves but hit like particles.” That means that when a particle is in motion, it’s moving like a wave. But when it hits something, like a detector, it shows up as a spot. This is true of all particles, all the time. Neutrons, which are made up of three quarks, do this. So do molecules made up of hundreds of composite particles. This is a foundation of quantum mechanics. If you’re teaching a physicist, you’ll go through the mathematical steps that prove this concept. But without the math, you can use a mental picture like what I just described: moving like a wave and hitting like a particle.

Another concept I get into is that a particle has a range of “colors,” or energy, and this is closely related to the size of a particle. If you take some photons and stuff them randomly into a fiber optic cable, when we see them at the other end, we see that they’ve “held hands” along the way. All particles can be classified as either “introverts,” like photons that bunch up, or “extroverts,” like electrons that avoid one another. The size of a particle wave in motion can then be extended to understand interferometric telescopes that span the earth.

These are a number of concepts that don’t get discussed much in popular media, and I try to delve into them here, because these principles will play a role in quantum-based technologies of the future.

What are some of those technologies?

MM: Too many to name! Our knowledge of quantum mechanics and advancements in manufacturing methods are allowing us to make devices with properties not seen in nature, but based on quantum mechanical concepts. It’s really revolutionary. It’s almost like we’ve discovered a new superpower. Quantum electronics is an example. This field makes use of the wave-like properties of particles and has revolutionized our observations of the cosmic microwave background and the early universe.

Optical clocks are probably coming out of the lab soon and deliver an unheard-of level of timekeeping precision. A previous level of precision — that of atomic clocks — gave us GPS. That’s why the smartphone in your pocket knows where it is. I expect that these quantum-based technologies will bring about their own revolutions in how we live our lives.

And that to me, is why I feel it is so important for us to try to familiarize ourselves with quantum mechanics. I’m hoping that this series can be a chance for people to explore, even during the pandemic, and to pick up something new in a format that is hopefully fun and approachable.

Fighting against cancer with radiological and nuclear technology

From Lightbulbs to 5G, China Battles West for Control of Vital Technology Standards